Skip to main content
Eagle Nebula (with pillars of creation) 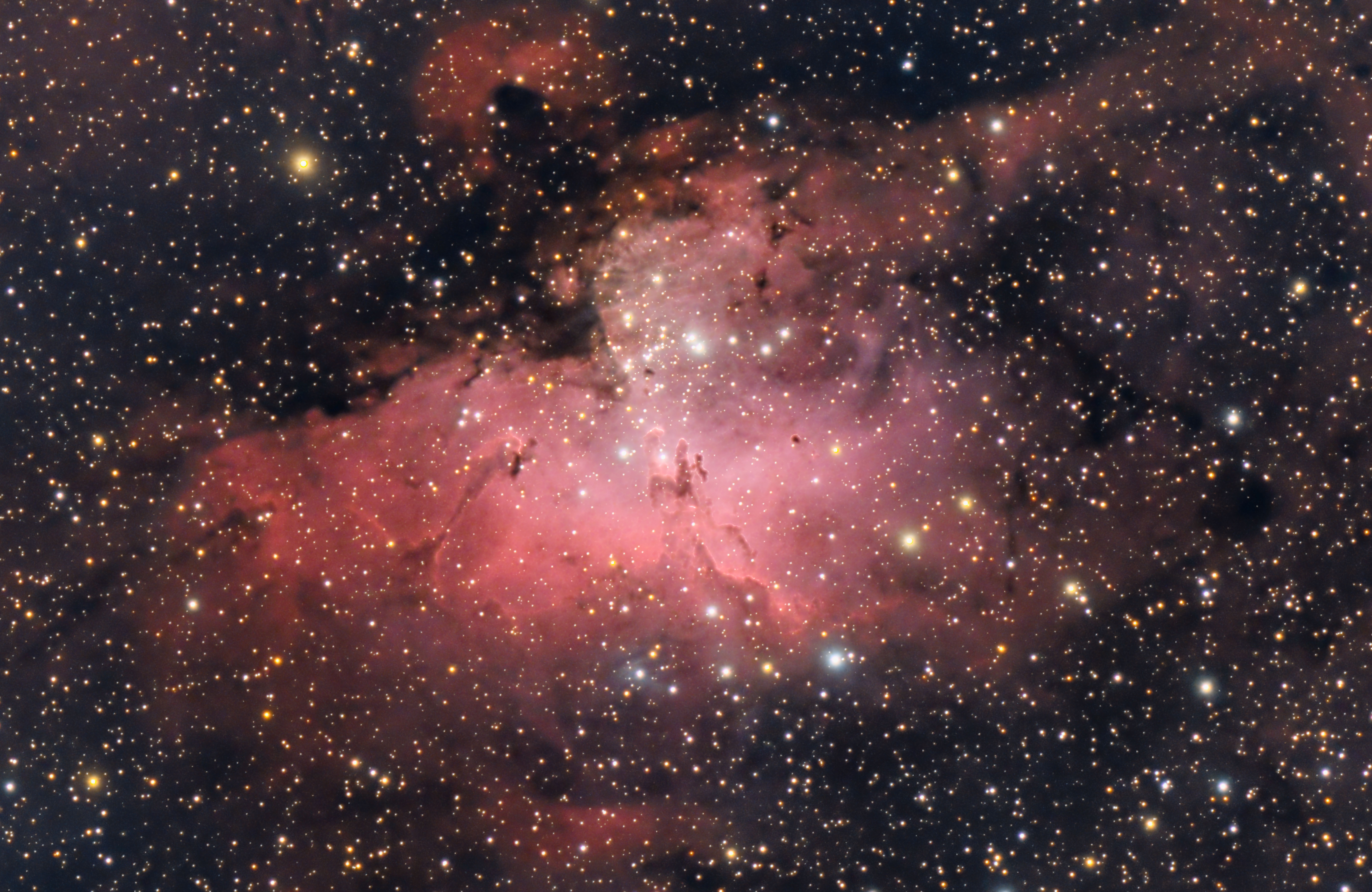 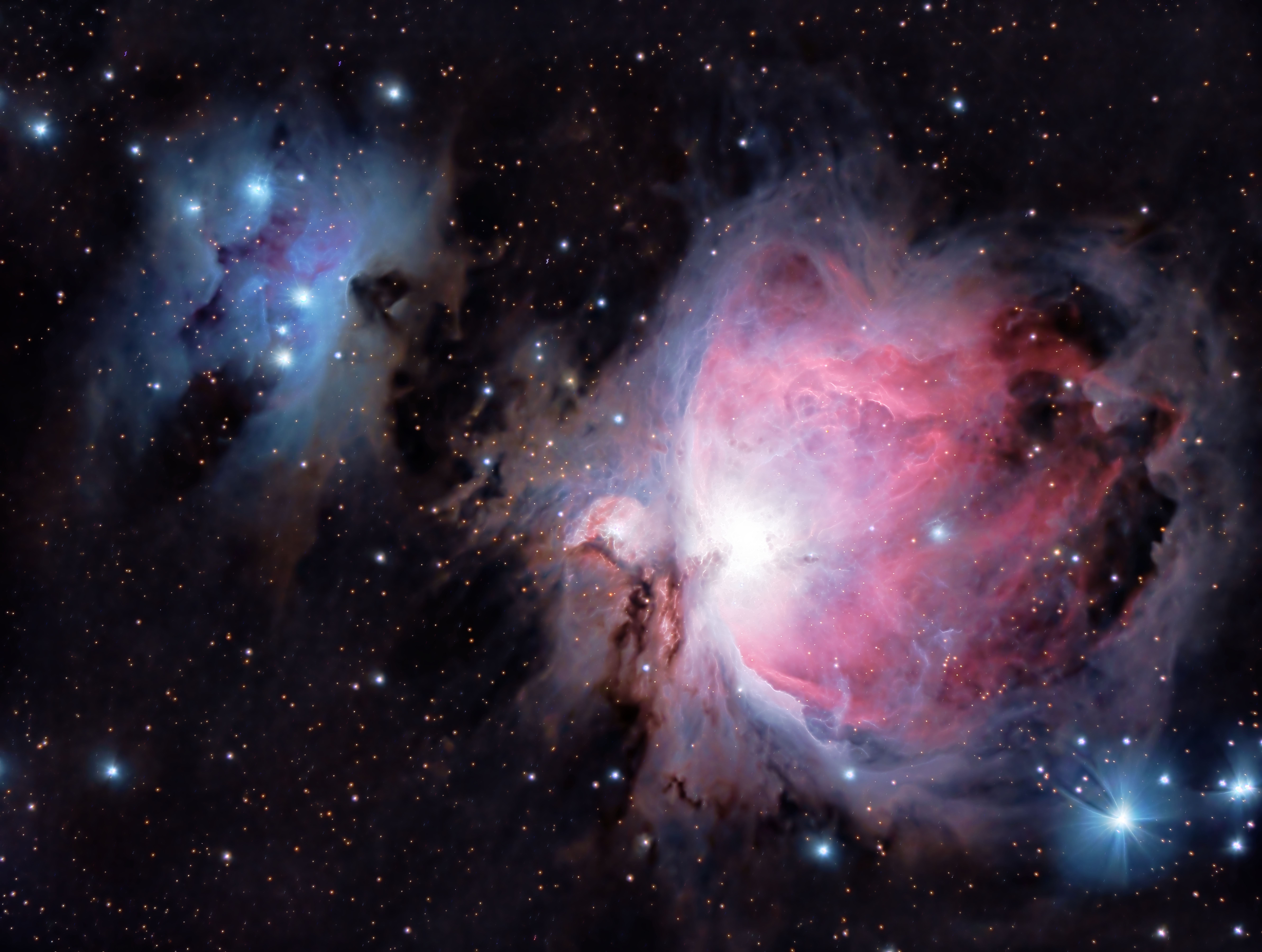 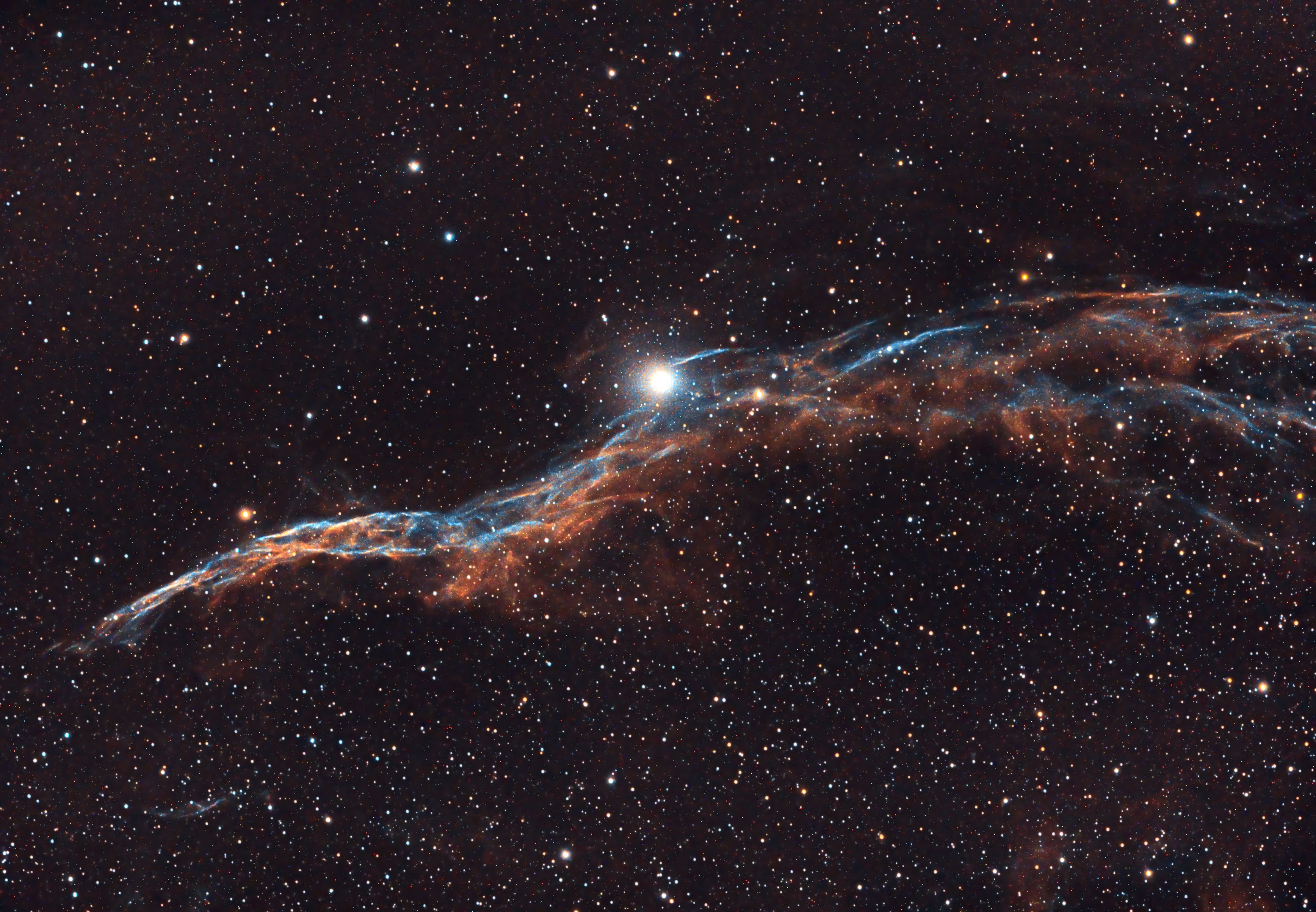 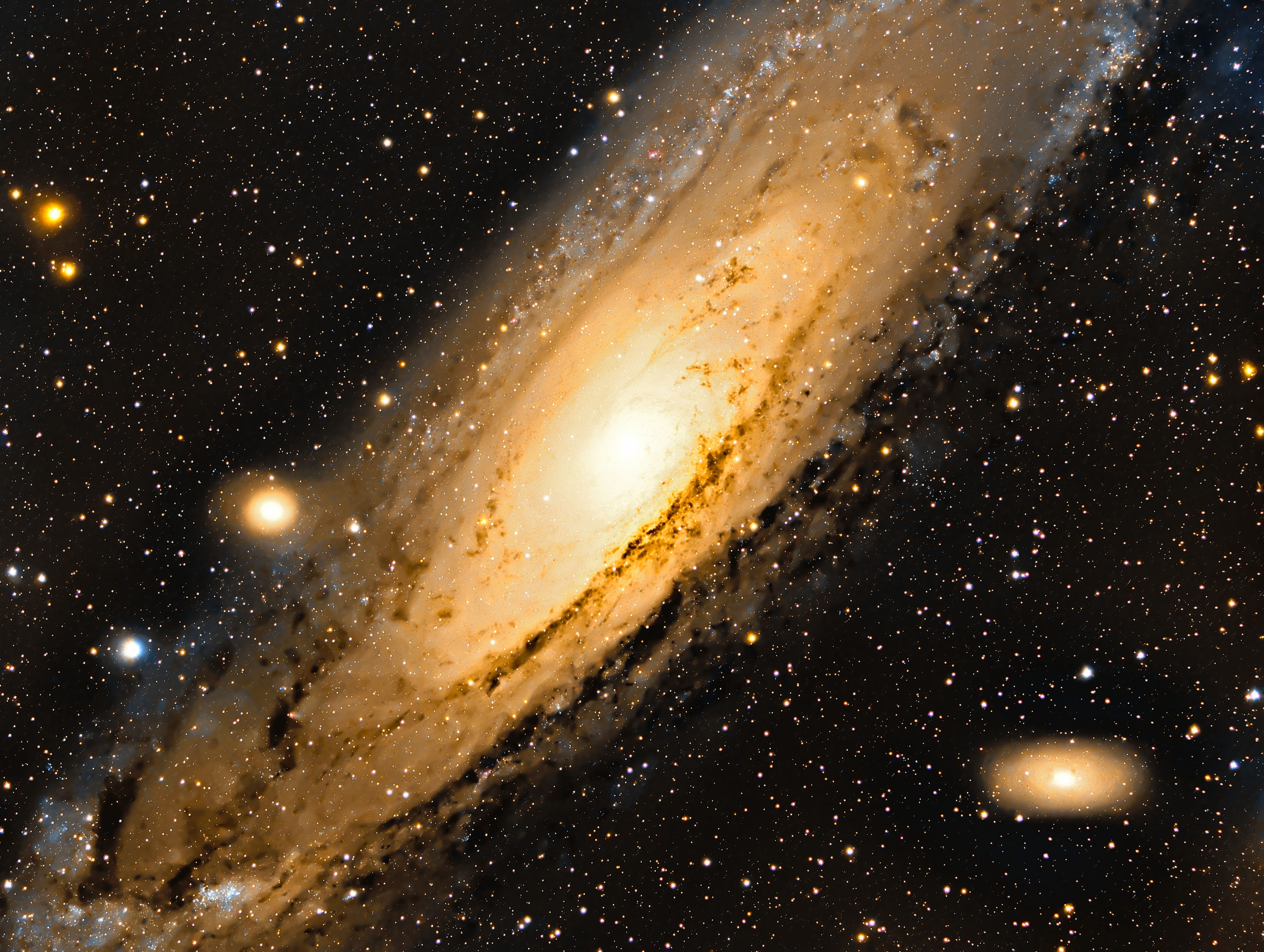 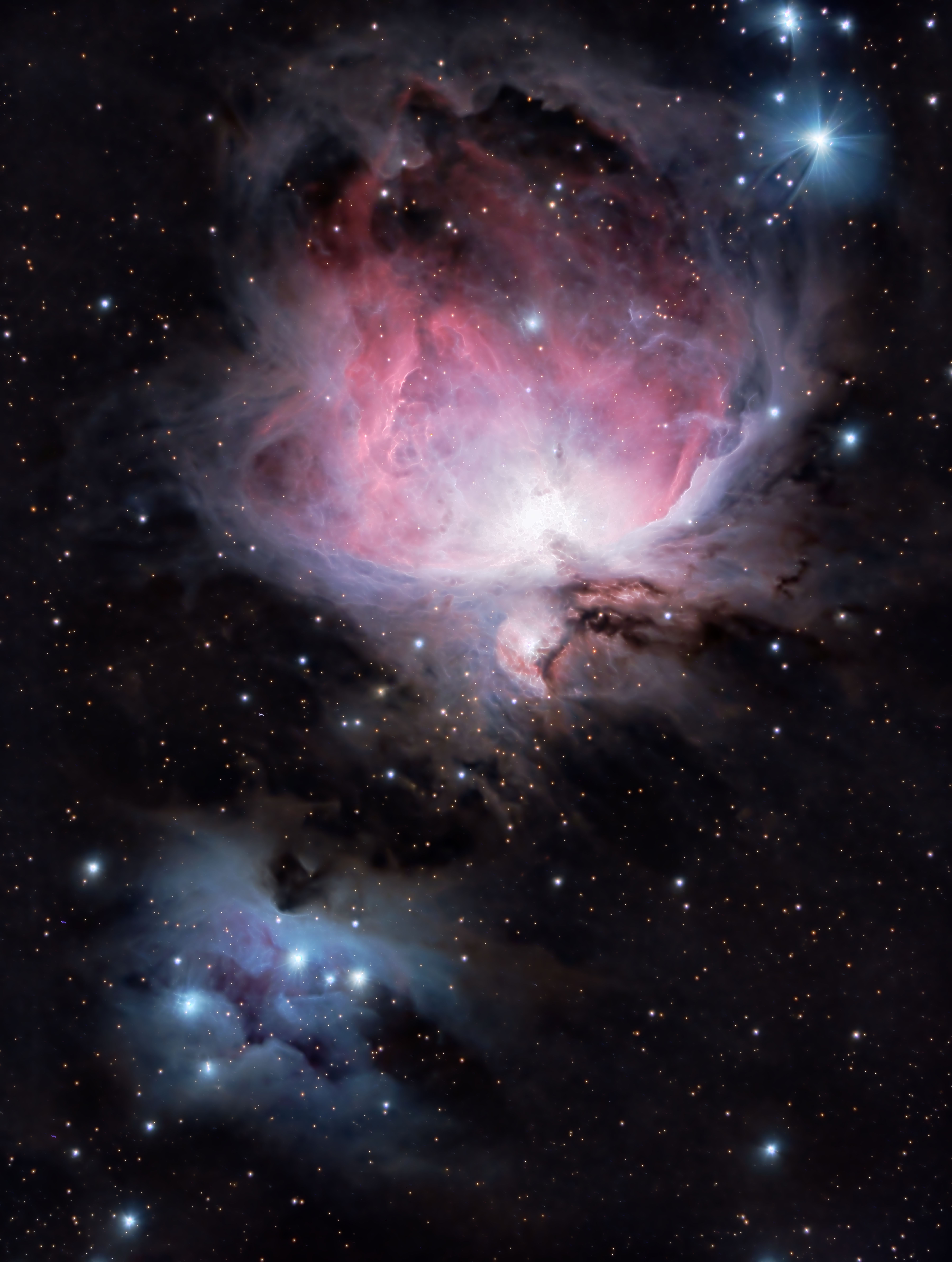 The Orion Nebula (also known as Messier 42, M42, or NGC 1976) is a diffuse nebula situated in the Milky Way, being south of Orion's Belt in the constellation of Orion.[b] It is one of the brightest nebulae, and is visible to the naked eye in the night sky. M42 is located at a distance of 1,344 ± 20 light years[3][6] and is the closest region of massive star formation to Earth. The M42 nebula is estimated to be 24 light years across. It has a mass of about 2,000 times that of the Sun. Older texts frequently refer to the Orion Nebula as the Great Nebula in Orion or the Great Orion Nebula.[7] 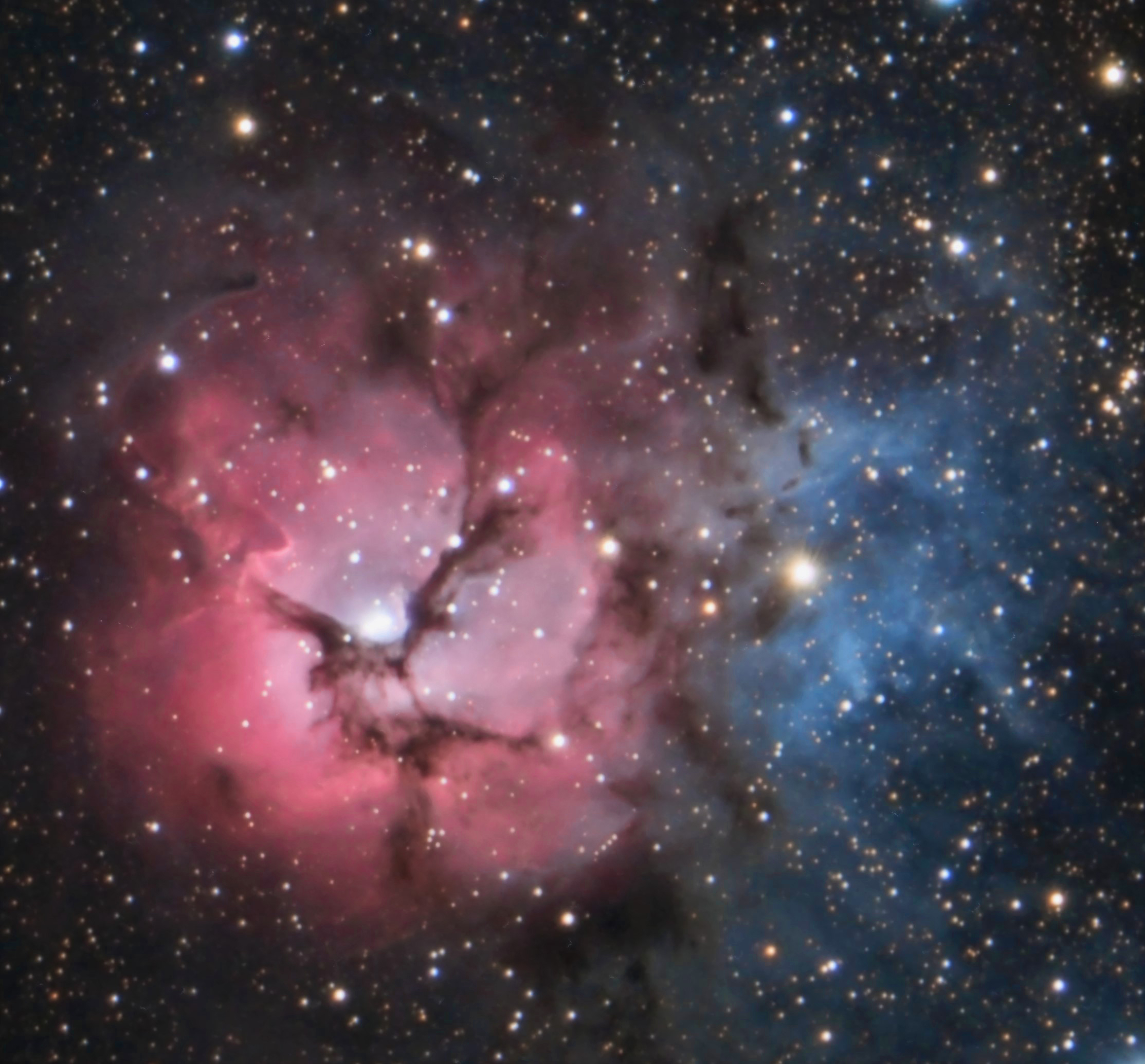 The Trifid Nebula (catalogued as Messier 20 or M20 and as NGC 6514) is an H II region located in Sagittarius. It was discovered by Charles Messier on June 5, 1764.[3] Its name means 'divided into three lobes'. The object is an unusual combination of an open cluster of stars; an emission nebula (the lower, red portion), a reflection nebula (the upper, blue portion) and a dark nebula (the apparent 'gaps' within the emission nebula that cause the trifurcated appearance; these are also designated Barnard 85). Viewed through a small telescope, the Trifid Nebula is a bright and peculiar object, and is thus a perennial favorite of amateur astronomers.[4] 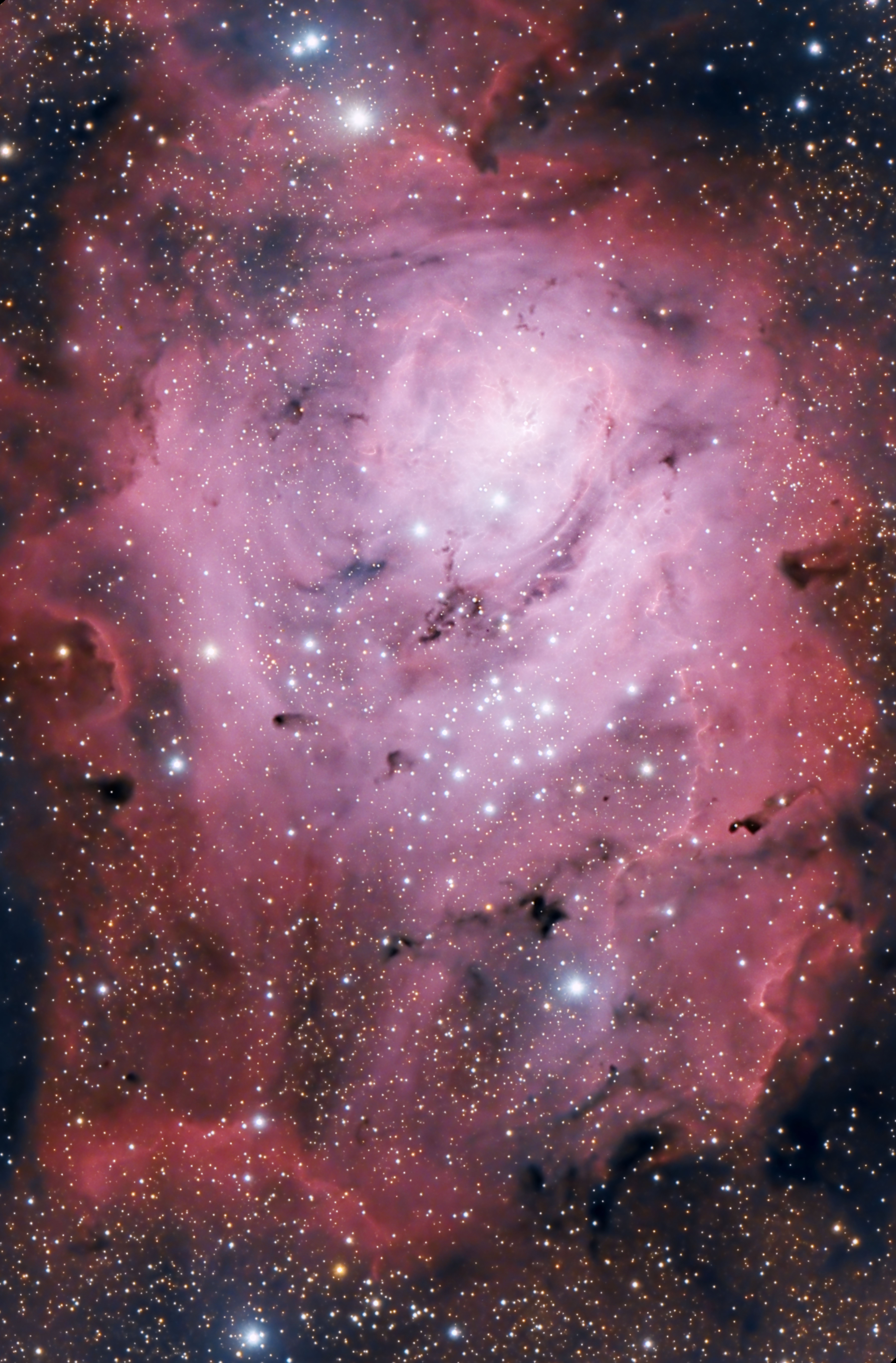 The Lagoon Nebula (catalogued as Messier 8 or M8, NGC 6523, Sharpless 25, RCW 146, and Gum 72) is a giant interstellar cloud in the constellation Sagittarius. It is classified as an emission nebula and as an H II region. 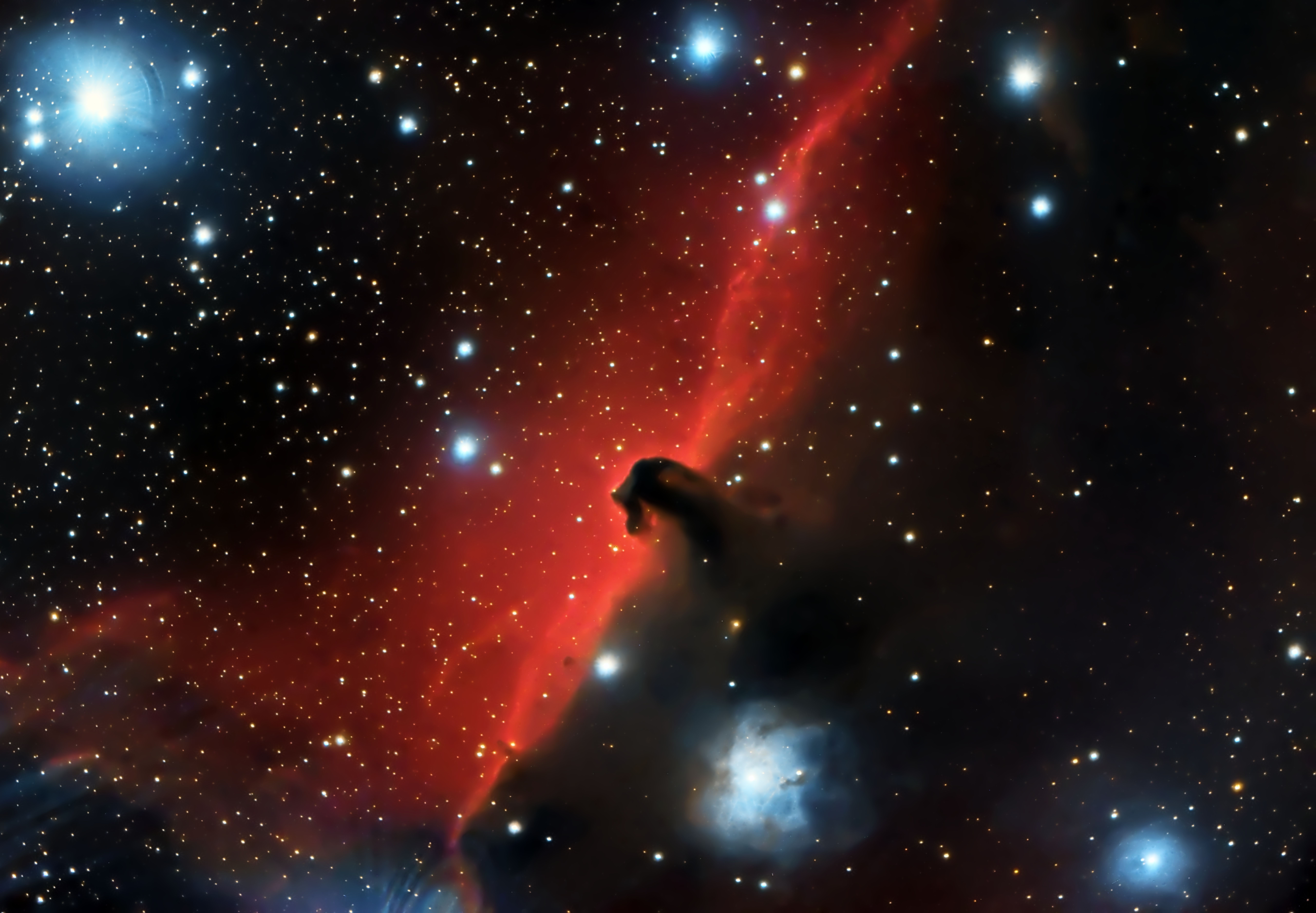 The Horsehead Nebula (also known as Barnard 33) is a small dark nebula  in the constellation Orion.[2] The nebula is located just to the south of Alnitak, the easternmost star of Orion's Belt, and is part of the much larger Orion Molecular Cloud Complex. It appears within the southern region of the dense dust cloud known as Lynds 1630, along the edge of the much larger HII nebula region called IC 434.[1]The Horsehead Nebula is approximately 460 parsecs or 1400 light years from Earth.[1] It is one of the most identifiable nebulae because of its resemblance to a horse's head.[3] 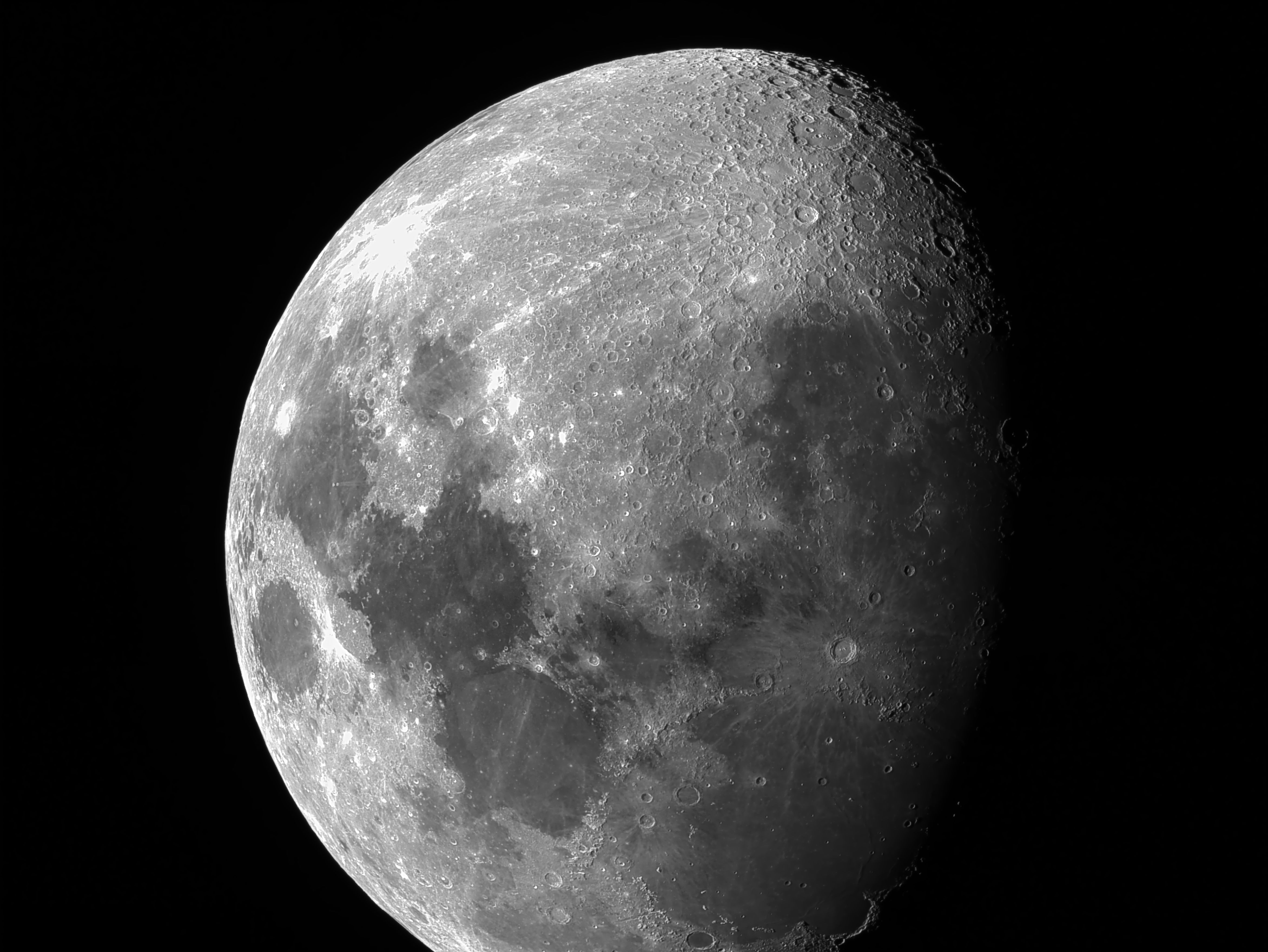