The Pleiades (/ˈplaɪ.ədiːz, ˈpliːə-/), also known as the Seven Sisters and Messier 45, are an open star cluster containing middle-aged, hot B-type stars located in the constellation of Taurus. It is among the nearest star clusters to Earth and is the cluster most obvious to the naked eye in the night sky.

The cluster is dominated by hot blue and luminous stars that have formed within the last 100 million years. Reflection nebulae around the brightest stars were once thought to be left over material from the formation of the cluster, but are now considered likely to be an unrelated dust cloud in the interstellar medium through which the stars are currently passing.[7]

Computer simulations have shown that the Pleiades were probably formed from a compact configuration that resembled the Orion Nebula.[8] Astronomers estimate that the cluster will survive for about another 250 million years, after which it will disperse due to gravitational interactions with its galactic neighborhood.[9] 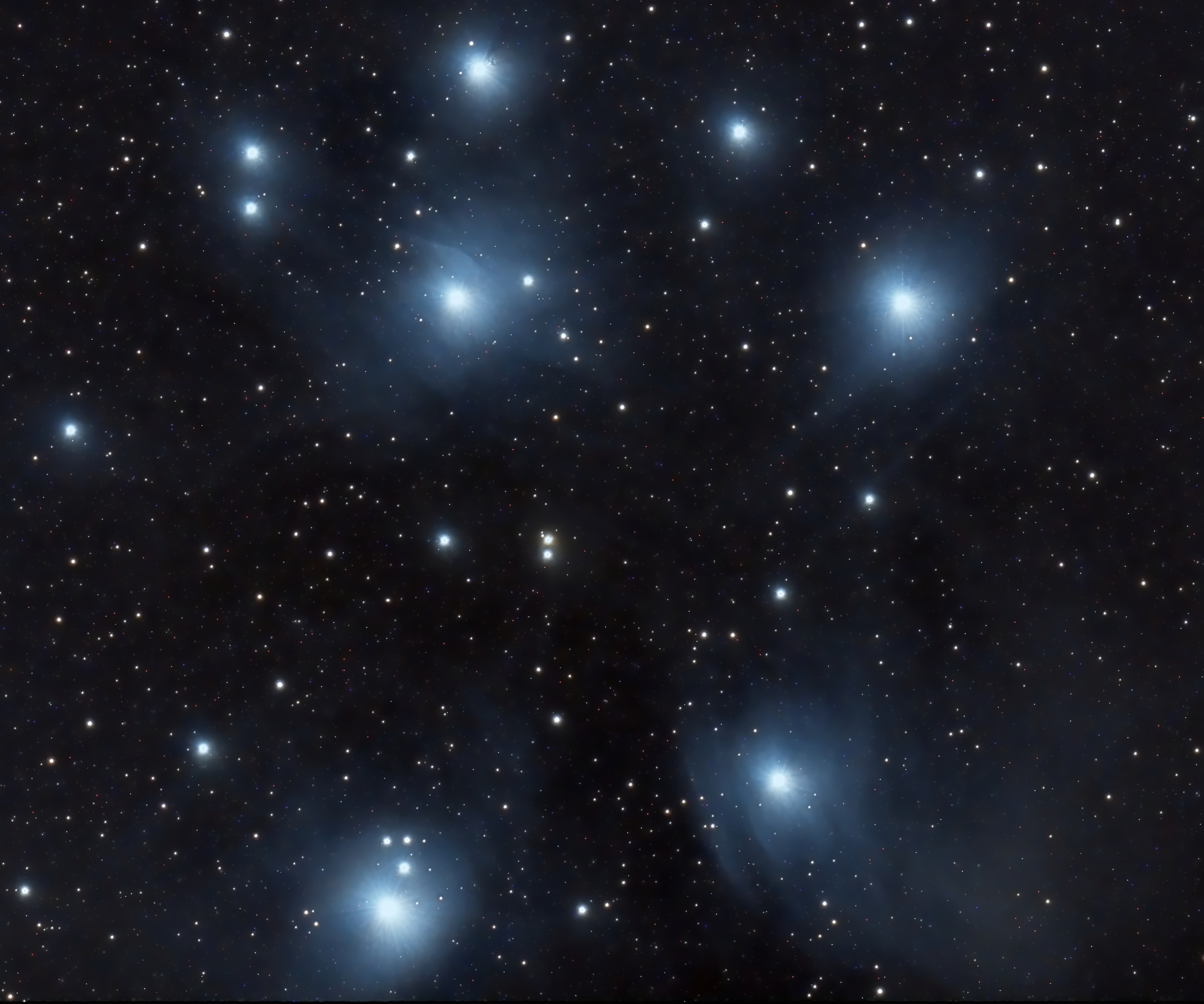