Messier 81 (also known as NGC 3031 or Bode's Galaxy) is a spiral galaxy about 12 million light-years away, with a diameter of 90,000 light years, about half the size of the Milky Way, in the constellation Ursa Major.Due to its proximity to Earth, large size, and active galactic nucleus (which harbors a 70 million M☉[5] supermassive black hole), Messier 81 has been studied extensively by professional astronomers. 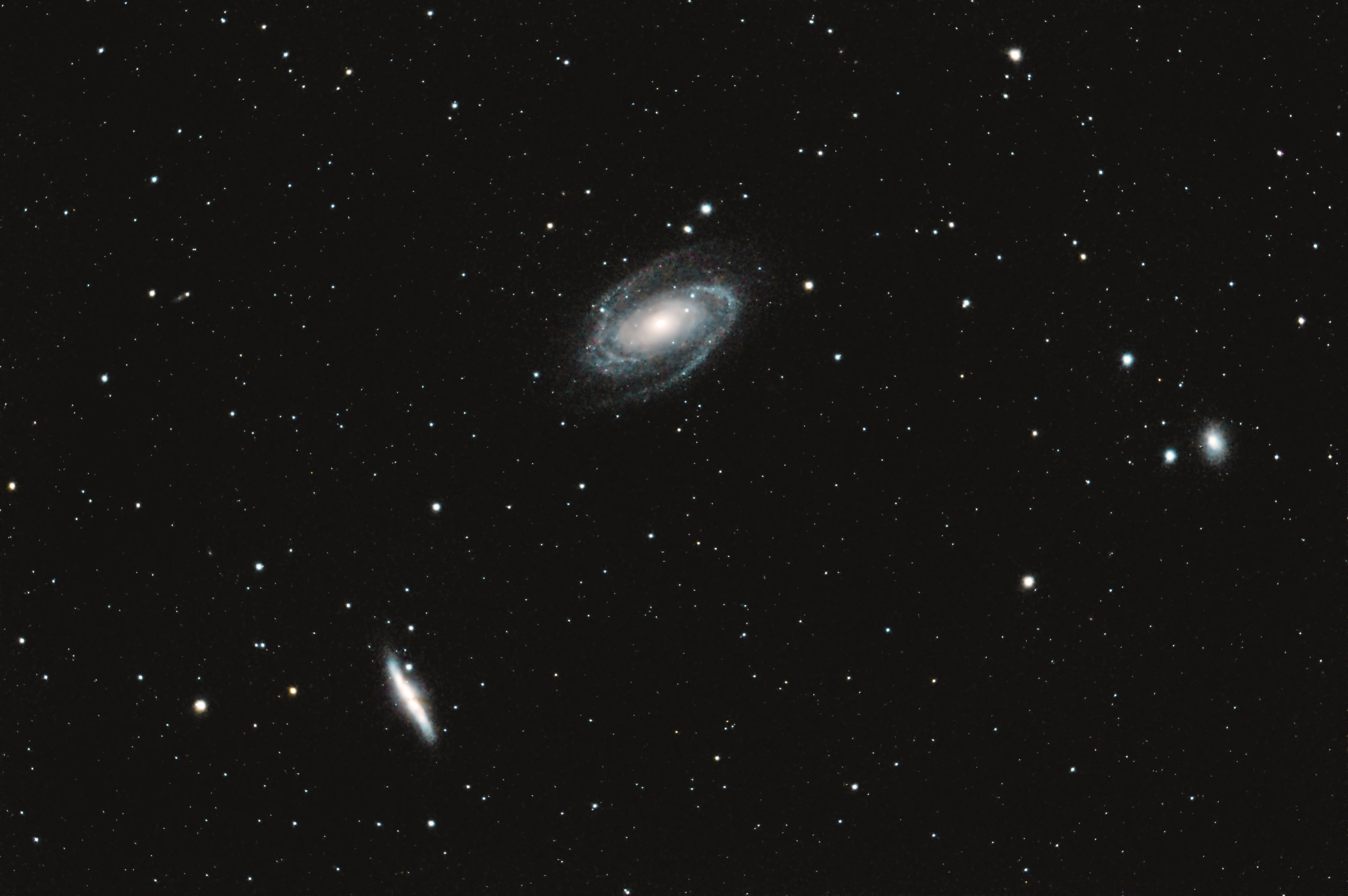