NGC 6946 also known as the Fireworks Galaxy is a face-on intermediate spiral galaxy with a small bright nucleus, whose location in the sky straddles the boundary between the northern constellations of Cepheus and Cygnus. Its distance from Earth is about 25.2 million light-years or 7.72 megaparsecs[2], similar to the distance of M101 (NGC 5457) in the constellation Ursa Major.[3]  Both were once considered to be part of the Local Group.[4] but are now known to be among the dozen bright spiral galaxies near the Milky Way but beyond the confines of the Local Group.[5] NGC 6946 lies within the Virgo Supercluster.[6] 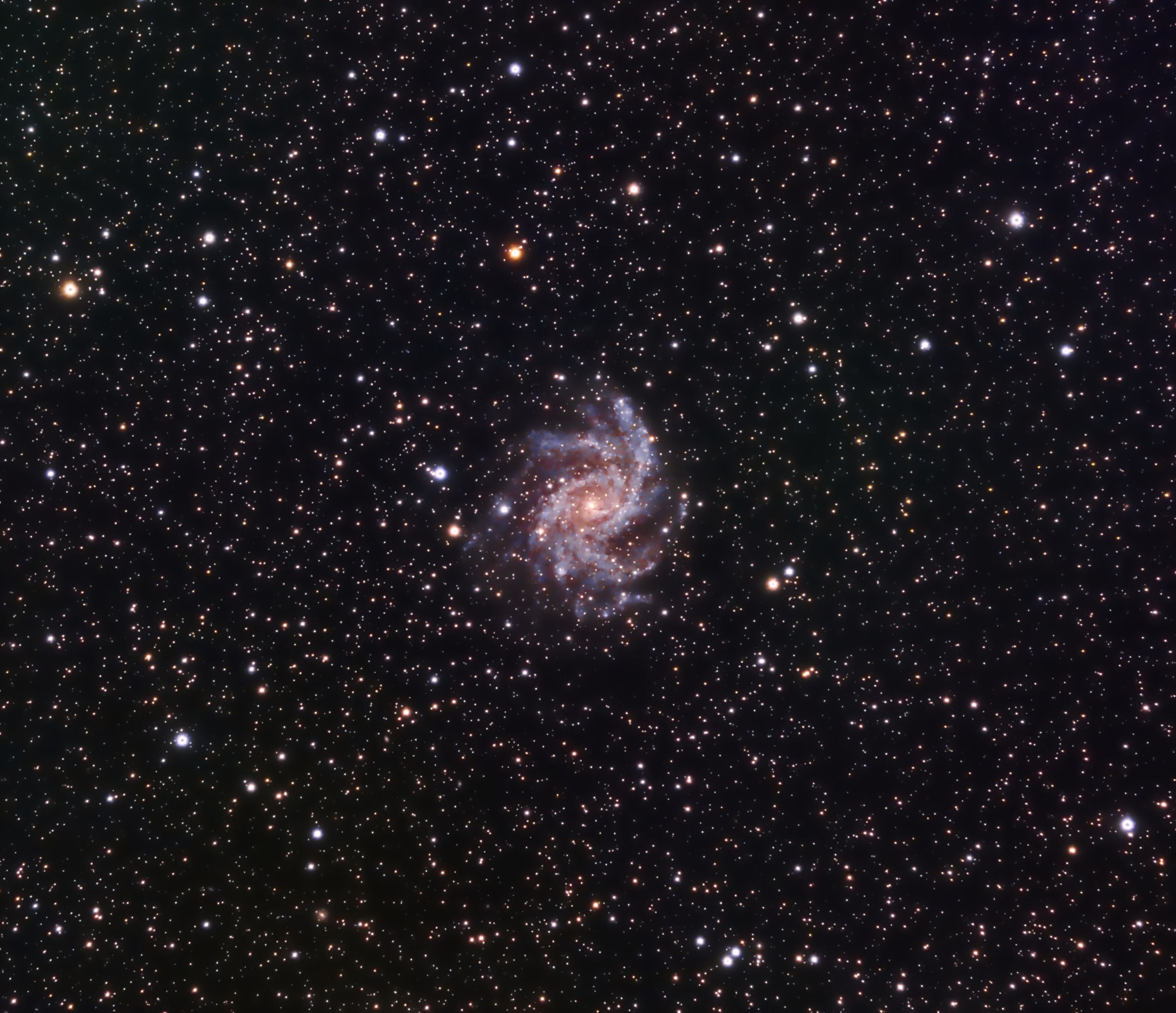